Journeys to the Far Side

A gleeful pair of announcements for my fellow Wanderers and Fools! The New Year will begin with two wonderful opportunities to join me, as a traveling companion, on journeys long and short. 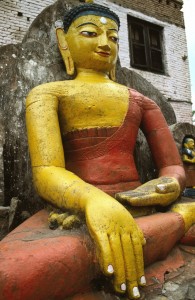 The first is an actual adventure in Nepal, my second home since 1979. In late February 2011 I will lead a two-week trip to the former kingdom, arranged by Ethical Traveler and Global Exchange. Dreams of Kathmandu—An Intimate Visit to the Sacred Valley will explore the cultural highlights of a city I love like no other. This is an opportunity for a small group of people to see a side of Nepal invisible to most tourists. Co-led by renowned photographer Thomas Kelly, “Dreams” will thrill anyone with a passion for the arts, a desire to meet great Asian thinkers, and a curiosity about the world’s newest republic. Sign on soon, as the trip must close in mid-January! (Big discounts for Ethical Traveler supporting members.)

Next—after a two-year hiatus — Strange Travel Suggestions is returning to The Marsh!

Get your tickets now for the latest avatar of my ever-changing solo show, presented The Marsh Cabaret in Berkeley (just two blocks from the University BART station). This is the first run of Strange Travel since it sold out The Marsh San Francisco in 2008!  I’m also teaching a “page-to-stage” performance class. Journeys for the Stage: Finding Your Inner Marco Polo will meet on three Saturdays starting January 8th, and is limited to 12 people. Thinking of turning your travel stories into monologues? This is the time to begin!

So there you have it. Two irresistible ways to get off your butt and see the world. That is your Number One New Years’ resolution, isn’t it??

I’m not the kind of guy who jumps up after every show and explodes into a standing ovation. But that’s exactly what I did last Thursday night, at the Yerba Buena Center for the Arts, after two friends persuaded me to check out an artistic showcase called Left Coast Leaning. The opening “act” was a work by the experimental animator Miwa Matreyek. It’s impossible to put into words the sense of wonder and transcendence I experienced while watching her piece, entitled Myth and Infrastructure. It felt like being present at one of the first recitals of a Chopin Nocturne, or at an early performance of Alexander Calder’s Circus.

Let’s cut to the chase: I was in awe. Matreyek has created an art form that is 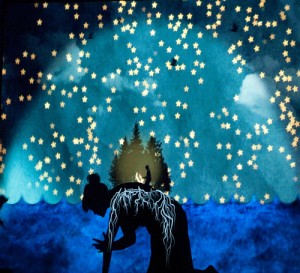 conceptually brilliant, technically magical, and utterly seductive. To see her performance—a kind of shadow dance, in the purest Indonesian wayang fashion—is to enter into a dream and lose, for a gorgeous moment, any distinction between art and life. She is both dalang and puppet, the creator and heroine of her freshly mined myth. Though I was naive enough to think the artist was relatively unknown, a quick search of her name (and there aren’t a lot of Miwa Matreyeks) revealed that everyone seemed to know about her but me. 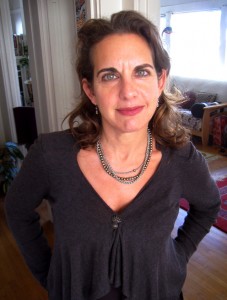 And: The Snake Lake tour is over. It ended with a radiant love fest at the beautiful Alameda home of my great friends Mark and Laurie Wagner. Laurie, who I’ve known for 25 years, is a profound writer, teacher and muse. Mark is a brilliant artist; he painted the Wheel used in Strange Travel Suggestions. Check out his work at Hearts and Bones Studio. Sitting by the fire in their comfy living room at 27 Powers (check out the upcoming writer events), I read to an audience of fully engaged geniuses. Who’d had plenty of wine. I think a few nagas were listening from the rain-soaked yard, as well.