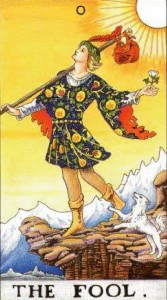 Now that the latest run of Strange Travel Suggestions has ended — and what a marvelous run it was — people have been asking me what comes next. It’s a reasonable question, but one that currently fills me with trepidation. Like The Fool in the intro to my show, I am preparing to take a leap of faith into the world, and begin a project that (if it succeeds) will be perhaps the most important work I’ve ever attempted. At the moment, it’s top secret. But by mid-Spring I should know if this crazy inspiration is going to be my job for the next couple of years, or if I’ll still be sitting by the phone, waiting for Christopher Nolan to decide that Snake Lake is going to be his follow-up project to Inception.

In the meantime, I’m writing up my recent trip to Guyana for the Los Angeles Times. Guyana is a country about the size of Iowa, with a population smaller than San Francisco. Seen from the air, the landscape resembles the sort of thick loop carpet you might find in a state college dorm room. 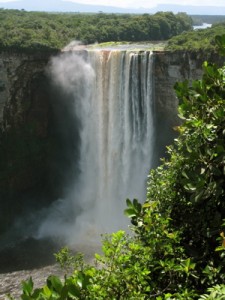 It’s a nearly unbroken expanse of green. There are some tannin-laced rivers, and a few spectacular waterfalls, but very few signs of industry. Guyana is a country just finding its place on the adventurers’  map, and it was fascinating to travel deep into rainforest and meet the Amerindian tribes that have decided that eco-lodges and birding expeditions are a better bet than mining and logging. I’ll post a link to the story when it’s in print.

In other news, a couple of terrific interviews aired recently. The insightful Dave Iverson invited me to be his guest on the January 28th broadcast of KQED Forum. We discussed my solo show, my books, and the work of Ethical Traveler. Also on the airwaves is a penetrating conversation with the sagacious Rick Steves, during which we spoke about Nepal’s current political situation and the serpentine plot lines of Snake Lake. Rick is a skillful interviewer and a wonderful human being, and our discussion was far-ranging. I hope you’ll check it out!