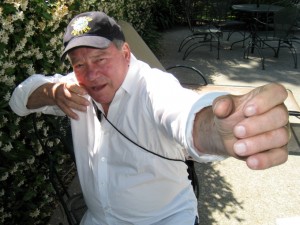 When people ask what inspired me to become a travel writer, they’re often surprised to hear that much of my pull toward exotic, alien worlds came from reading and watching Science Fiction. So I was totally thrilled when, in June, Smithsonian sent me on a mission to interview my childhood hero: William Shatner. Even today, I have a vivid memory of sitting on our living room sofa with my Dad and brother, opening a box of Mister Salty pretzels, and watching the first Star Trek episode. “To boldly go where no one has gone before…” Talk about Strange Travel Suggestions! No one got more of them than the Starship Enterprise—and no one handled them better than Captain James T. Kirk.

But that was 46 years ago. William Shatner (“call me Bill”) is now 81—but the afternoon I spent with the fit and feisty performer was a high point in my journalistic career. During our 90 minutes together Bill ranted and raved; he sang, preached and cursed; he expounded about Zen archery and the Taj Mahal, and figured out what he wanted to put on his tombstone. You can read a very polished version of the interview here on Smithsonian — or the rambling, unexpurgated version that was courageously published by The Rumpus.

By the time it ended I was exhilarated, and exhausted.  But what neither interview talks about is what happened on the drive 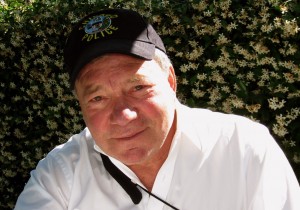 home afterward—when I remembered something that made the blood drain from my face. Before parting, I’d given Bill a copy of my 1999 book, Future Perfect: How Star Trek Conquered Planet Earth. Back when I was putting the book together, he’d refused to grant me an interview. “I didn’t want anything to do with Star Trek back then,” he explained in June. Lacking any insight, I made a brutal observation about Shatner’s singing in one of my footnotes. This sentiment, I realized, was now in his hands. It would easily undo all the bonhomie we had built in our little rendezvous.

Finally, a month later, I wrote to Bill and apologized for my (relatively) youthful insensitivity to his strange but undeniable spoken-word talent. A few days later, I received his reply:  “Love you too. Everything’s good.”  Which I’ll figure means I’m forgiven.

There are lots of other wonderful tidbits from the encounter. In fact, I’ll make you deal: If at any point between  stories (not during, please!) at one of the upcoming shows of Strange Travel Suggestions (click link or see my Events page), someone in the audience calls out “Denny Crane!” — I’ll tell a Shatner story.

… it’s official. Really truly. Have just confirmed a September 2012 run of the show at The Marsh in San Francisco!

Strange Travel Suggestions will soon return to San Francisco for the first time since 2008! Note: There will be only four shows. The dates are all Saturdays: September 8th, 15th, 22nd and 29th, at 8:30 pm, on the fabulous main stage. We sold out almost the entire run at The Marsh Berkeley in 2011. Please get your tickets early — here is a link to the information and ordering page at The Marsh.

Jeff at the Marsh  (video) 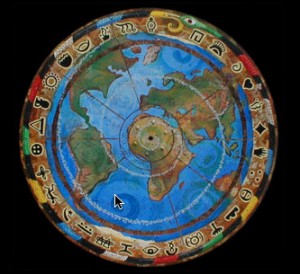