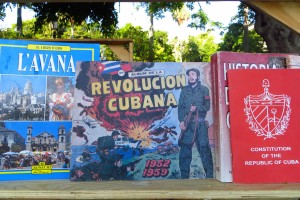 Life is remarkable. Two years ago, I’d never been to Cuba. Last week, I returned from my third trip to the socialist nation – leading a delegation of 16 remarkable people, many of them artists, across the length of the island – from Havana to Santiago.

Those who followed my first Cuba dispatches, in June of 2011, might be surprised that I didn’t write any blogs during my last two visits. On my recent trips I served as group leader, and had little time to myself. Back in 2011, I’d spent a week traveling the country on my own – an experience I recommend to any visitor, whether you speak Spanish or not!

I find myself ever more enraptured with our southern neighbor, despite its persistent shortcomings and outright failures. The warmth of the people, the sensuality and music, are an antidote to the anxieties of 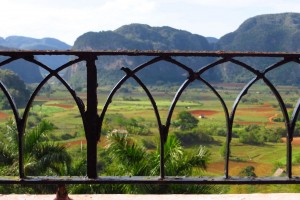 North American life. As a visitor, though, it’s easy to gloss over the lack of press freedom, the limited access to fresh food, or the shabby conditions in which so many people live. And the recent news about Cuban editor Roberto Zurbano, who lost his job after publishing a New York Times Op-Ed critical of the nation’s progress against racism, is deeply disturbing.

During this trip I also had a first-hand look at Cuba’s much-touted medical system, when my own mother – one of the visiting artists – took a fall and cut her hand. The doctor at the community clinic in Viñales (a 25-year-old woman, assisted by a male nurse) stitched her up beautifully (according to her Florida physician, who examined her on our return), but the clinic had neither tetanus vaccine nor antibiotics in stock; we had to wait until the next day, and drive to the nearest city for these. (I should add that in every city and town, every morning from the day of her injury until we left Cuba, a physician came to my mother’s hotel room to clean and redress her wound. There was never a charge—though she gave one nurse her tennis shoes.) 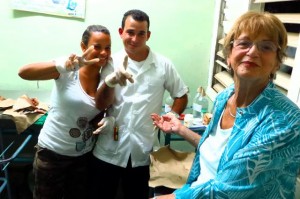 In the balance, I feel a growing sense of optimism for Cuba. But its progress depends in large part on the courage and vision of Barack Obama, and the infamous self-interest of the U.S. Congress. The more one frets over the half century-long U.S. trade embargo – which has served as a stumbling block and propaganda tool to both Fidel and Raul Castro — the more it seems an utterly worthless relic of the Cold War, as outdated as Liquid Paper. And while we continue to “punish” Cuba, China is busily trading with their government, and building LNG factories (and God knows what else) along the island’s north coast. America is biting off its nose to spite its face. The embargo must be lifted as quickly as possible, and Cuba’s socialist experiment allowed to succeed or fail on its own terms.

But what happens when it is lifted? Will Cuba become another vanilla 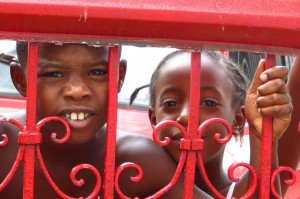 outpost of American commercial hegemony, peppered with Pizza Huts and Radio Shacks? Somehow, I don’t think so… I sense they will limit this kind of vacant foreign influence… but I’m not placing any bets. Cuba’s infrastructure is growing steadily, and tourism is a huge source of foreign exchange. The country  is changing so fast, in so many ways, that even locals are sometimes discombobulated. “I don’t remember that statue from my last visit…” I said to my local guide in 2012, as we walked past a modernistic bronze sculpture in San Francisco de Asis Plaza. He shook his head. “I don’t, either.”

Whatever the future brings, it’s likely to be bittersweet. That’s the way the future is.