These Aren’t the Terrorists We’re Looking For 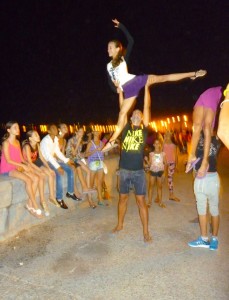 Kids from the Santiago Ballet Company celebrating on Havana’s Malecon at midnight, after winning the 2015 dance competition. Photo by Barbara Wein, a member of our group.

April 17th, 2015 – The writing is on the wall, and it may be good news all around. A few days ago, Obama announced his intention to remove Cuba from the list of countries that support terrorism. There will have to be a 45-day waiting period and congressional approval; good luck with that. Already some Republicans are foaming at the mouth. What an astonishing bunch of ignorant, self-serving hypocrites. Many times during this trip, overwhelmed by the passion, creativity, humanity and kindness of the Cubans, we have shaken our heads at the surreal posture of the past half-century. It defies all reason. 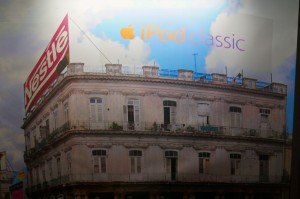 By now, a week into our trip, I’ve spoken with more than a dozen Cubans from various walks of life. They share a tremendous wish to see the embargo lifted. They also share the sense that things won’t change terribly quickly—but that when it does, Cuba will decide who does business here and when. Some members of my Ethical Traveler delegation feel differently; there’s a fair amount of cynicism, and many of them believe that when the switch is flipped it will be like opening Pandora’s Box. That nothing will stop the tide of garish American businesses, iPhone billboards, cruise ships and University of Florida students on Spring break from pouring in.

I don’t know. Nobody knows. I hope they’re wrong. They 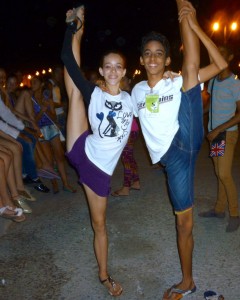 may be wrong in the short run but right in the long run, it’s impossible to say. Despite my well-deserved reputation for catastrophising I’m weirdly optimistic in this regard. For better and for worse, what Cuba has done with and since 1959 is truly unique in the world. When I see the propaganda billboards – La Puebla Es La Revolucion! – what strikes me the most is that Fidel’s revolution is still spoken about in the present tense. It is not something that happened; it’s a process. It’s an ongoing experiment.

Maybe Cuba can remain unique. Maybe the island can find a way to combine prosperity and socialism, commercial temperance and artistic freedom, community building and individual incentive. It’s possible that something new can occur here. They lack the tribal self-interest of the failing Africans states, the naiveté and childish dependency of the Nepalese, the pious hypocrisy of the Middle Eastern kingdoms and the brutality and misogyny of Egypt and Pakistan. What they have now is sort of close to what the newly independent American colonies had in the late 1700s: a knowledge of how hard it was to got where they got, and a willingness to try something that hadn’t been tried before. And they have some advantages as well. There is not an entrenched classism, a slave economy or a war with indigenous people. Free health care and free education are guaranteed in their Constitution; though they may lack the “Life, liberty and the pursuit of happiness” abstraction. 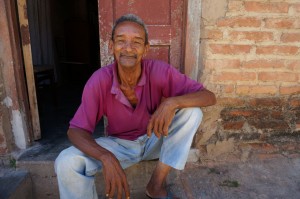 I love the Cubans and, Lord knows, I want them to succeed, but on their own terms. I don’t wish them to collapse under the weight of their own freedoms, saddled with everything that we have: a feeling of superiority, a sense of entitlement and consumerism to excess.

They don’t need it. Nobody does. 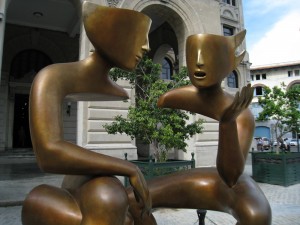 “The Conversation,” in Havana’s Assisi Square.

Havana, Cuba – 4/12/2015 – I imagine that people living in places like these – people living under dictatorships, treated alternately as fellow revolutionaries and as children – hear a lot of promises. Things will be glorious, or they will be difficult, but they will always change for the better. So I reckon it’s not surprising that the Cubans we’re seeing and meeting are not falling out of their chairs with delight at the promise of renewed US-Cuba ties, or that they are even really reacting at all yet. Polite smiles when we bring up the handshake between Barack and Raul, but the Cubans have seen a lot of handshakes. And so have we all.

It’s more crowded here, for sure, but of course that could mean anything. The swell in tourists might represent mainly Latin Americans and Canadians and Germans, it’s not as if the groups wandering along Obispo or crowding the bar of the La Bodeguita del Medio are waving American flags. There’s no doubt the tourism economy is surging, and that there are more shops and boutiques than I remember from last time. But the Cubans we’re talking to—from people on the street to guides to artists—definitely seem cautious about the prospect of normalized relations. No doubt this week’s visit by Obama to Panama, and the pending announcement of Cuba’s removal from the terrorist list (and they damned well better remove it), will make it feel like the wheels are in motion. 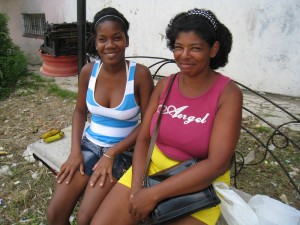 One thing I am noticing is  the increased number of smart phones. The young people sitting along the sea wall of the Malecon are as engaged with each other as ever—almost. But I’d say that in many of the little social groups, as many as one out of every five, there is one person sitting apart, head  down, face lit by the pastel glow of a device. Seeing that has given me my first uncomfortable sense of where things might be going. Everyone focuses on the potential proliferation of McDonalds and Starbucks, the invasion of WalMart, the cynically inevitable capitalization of Cuba. But what I saw last night was a more likely vision of the city in three or four years: hundreds of young Cubans sitting together but separately, necks bent  and heads canted slightly away from each other, as a thousand tiny screens dancing against the dark Gulf like fireflies. 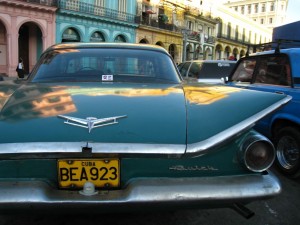 I hope not. But after just three days here, it is very clear that the real celebrations will start taking place when two things happen. First, the Internet has got to be made reliable, efficient and cheap. Second, the long embargo must be lifted so that the free flow of goods—the kinds of goods that will help Cuba join the modern world —can begin. That’s when the handshakes will mean something, and fifty years of hand-wringing can end.

April 9th 2015 – Heading to Cuba tomorrow, my fifth trip in five years. But this one promises to be different. Not since reporting on Nepal’s revolution in 1990 have I visited a country poised so hopefully and uncertainly on the cusp of major changes — changes that will conceivable alter all our preconceptions.

Cuba is not yet online in any meaningful or truly useful sense of the word (one of the most eagerly anticipated changes, for sure). But I’ll try to do some writing and photography while I’m there, and revive this long-dormant blog from whatever port I can find. This will be Ethical Traveler’s busiest trip for sure — with 16 participants — but even if I can only post a few times during the next 10 days it will be worthwhile. Stay tuned, and wish me luck! 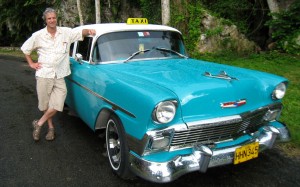