Have I not written since Christmas? Forgive me. But now that I’m 55, I truly appreciate the words of Buddhist teacher and author Joseph Goldstein: “At some point, breakfast seems to come every 15 minutes.”

I recently returned from a trip to Tasmania, my second visit to the Australian island state in 16 months.

This is a funny thing about being a freelance journalist; one becomes semi-expert on subjects that, a week or a month or a year ago, one knew nothing about. Like the rest of the world (with the exception of a few people on the island itself), my entire idea of what a Tassie Devil looked like was based on the Looney Tunes character, Taz.

In reality, devils are snarling, toothy, adorable creatures about the size of big raccoons, with translucent pink ears and white bands across their chests. They feed mainly on carrion (i.e., road kill) and small mammals. And they are in serious trouble. A deadly and contagious (!) cancer called Devil Facial Tumor Disease is sweeping over the island, and has already wiped out about 2/3 of the devil population since it appeared, seemingly out of nowhere, in 1996. Unless this mysterious disease is stopped, devils could be extinct by 2025.

A few days after I returned home to Oakland, I

took a walk in the Berkeley hills to enjoy the wildflowers. Along the trail I ran into my old friend Arlene Blum. Though Arlene is best known for her role on the 1984 all-women’s expedition to Mt. Annapurna (and as the author of Annapurna: A Woman’s Place), she’s also a PhD in chemistry. The minute I mentioned Tasmania, Arlene informed me about a recent study. Amazingly, autopsies on Tasmanian Devils are showing very high levels of chemical fire retardants called PBDEs: highly toxic chemicals commonly found in computers, carpets, and furniture. How did these chemicals get into the environment of this remote island, which is said to have the cleanest air is the world? And are these PBDEs — which affect the immune system, and “have been linked to reproductive problems and cancers in animals and human” (The Australian, 2/22/2008) — the cause of Devil Facial Tumor Disease? If nothing else, these remarkable and alarming finds show that this planet’s biosphere is linked in ways we can barely perceive, with results we are only beginning to anticipate.

On a more playful note… 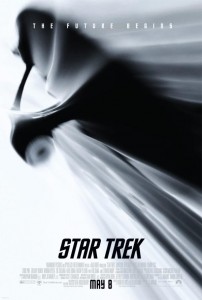 Is it wrong to blog about a blog about me? I think not. A few days ago, my Google ego-alert turned up a blog on DeepGlamour.net referencing a quotation from my 1999 book Future Perfect: How Star Trek Conquered Planet Earth. The ping was timely for two reasons. First, because the new Star Trek movie is scheduled to open on May 8th ( can you believe it’s actually called “Star Trek”?). Secondly, because I have come to realize that what most appeals to me about Barack Obama is his Spock-like quality.

Anyway, here is the blog from the erudite Virginia Postrel,entitled “The Glamour of Star Trek.”